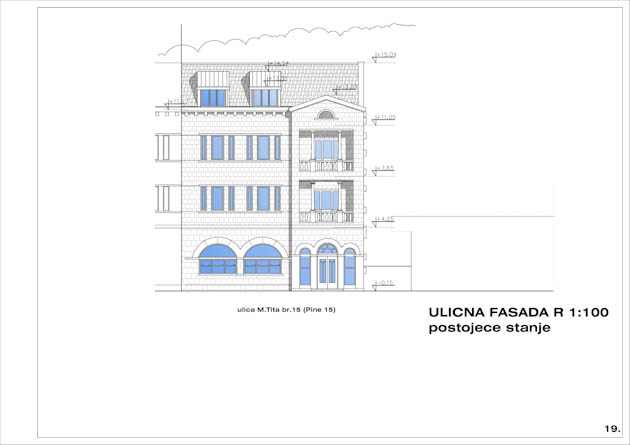 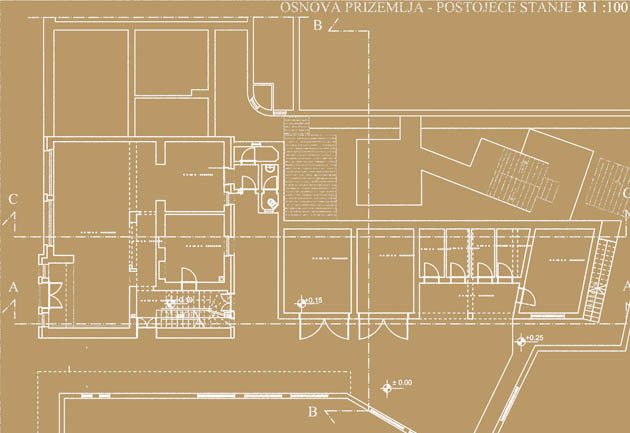 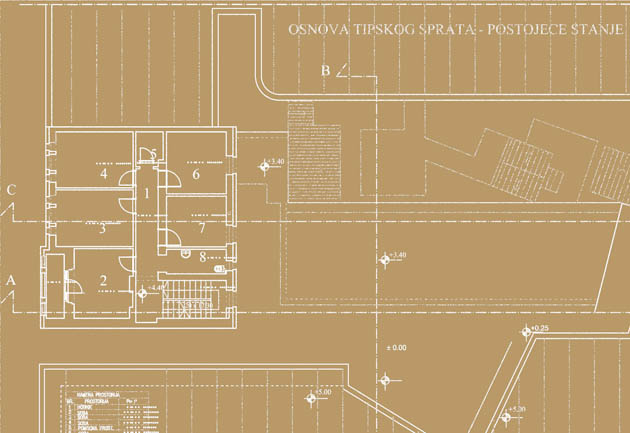 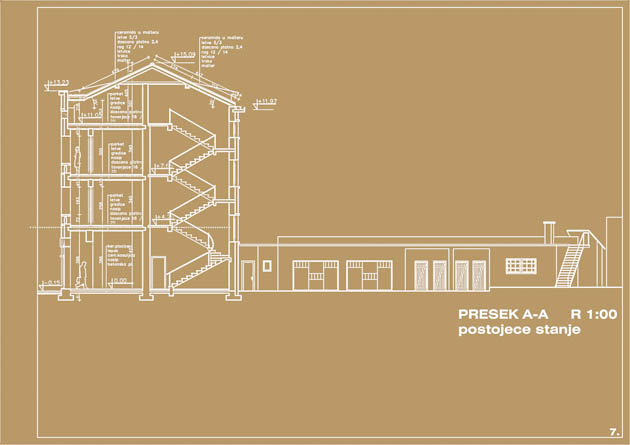 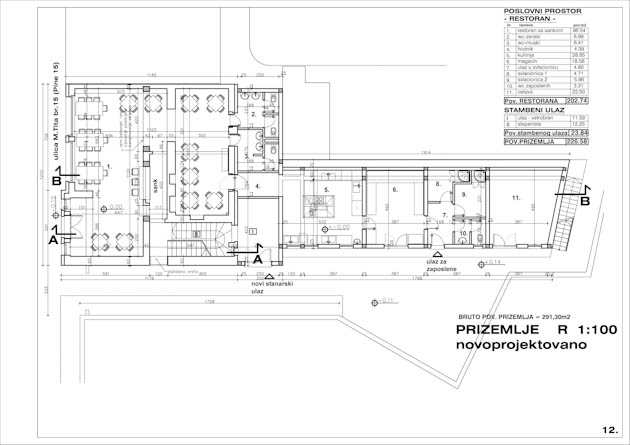 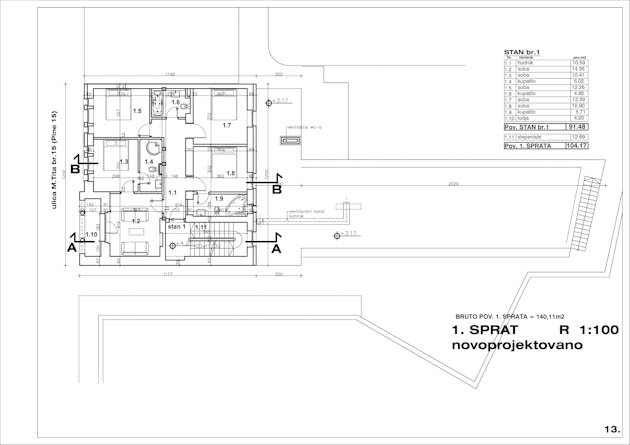 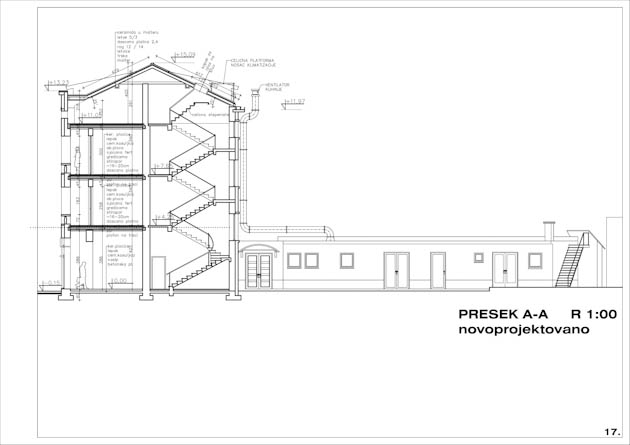 This project involved redesigning and refurbishing a part commercial, part residential building built in the 1930’s into a restaurant with guest rooms.

Below is an image of the external facade of the main building. The building was built in a classical solid construction system using thick walls of brick covered with natural stone façade cladding. The ceilings were wood, using wooden beams and boarding and a floating floor covered with parquet. On the roof there are four skylights, two on the street and two facing the garden.

The ground floor and first floors had been used for business purposes, whilst the second floor and attic were residential. In the garden there was an outbuilding with two garages and a storage unit.

The structure of the main building remained largely unchanged with the exception some additional reinforcements using larger columns to open the floor space for the restaurant area. The existing business area on the first floor and the second floor and attic area was refurbished into bedrooms for guests of the restaurant which were separated from the stairwell. Part of the building between the main building and auxiliary units in the yard was expanded to extend the existing sanitary facilities, so that they were fit for a restaurant. The yard outbuildings were completely reconstructed and extended to provide space for a modern kitchen with storage room, two dressing rooms for employees and a separate toilet.

The total net area of the restaurant together with kitchen, sanitary, storage, dressing rooms and pantries is 198.98m2. Gross floor area after the adjustment and reconstruction amounted to 293.00 m2. 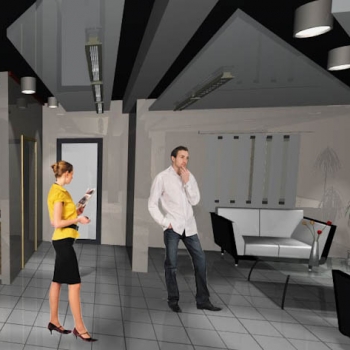